There was a punk band once (name totally escapes me; Google fails me) that had a line in a song along the lines of "Helvetica is the font of bourgeois consumption." While that's clever in a snide/superior I-reject-consumerism sense of smug self-righteousness, after watching the documentary Helvetica, I have a newfound appreciation for the elegance of the world's most ubiquitous font. If you're a fonthead, if bad kerning drives you up the wall, then perhaps you need a little "Typeface" in your life. 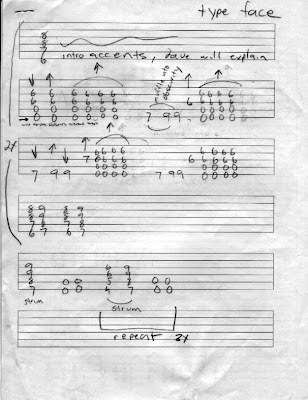 Posted by Andrew Childers at 7:28 AM

Always dug the jumpthefuckup section of this song.

The band you're thinking of is since by man. Album is called we sing the body electric.