A trio from the heart of Jouhou, "Vertigo Index," "Panoptic" and "Aperture of Pinholes" were the first three tracks off the album and signaled the shift in Discordance Axis' focus from the Ulterior days. Rather than writing the album that should have followed From Enslavement to Obliteration (Jon Chang's stated goal for the first record [humble, innit?]), Discordance Axis with Jouhou were establishing a style they could call their own and would be culminated with The Inalienable Dreamless. 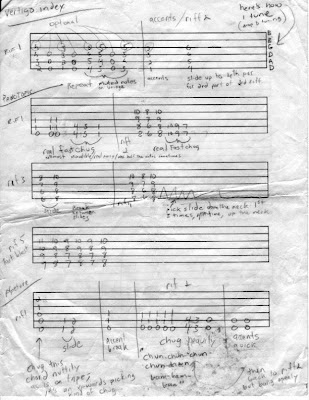 I just recently heard Inverloch and thought of you. Members of diSEMBOWELMENT. Hope you are well.

i haven't heard inverloch yet but it's at the very top of my MUST BUY list right now.