G&P Review: I Get My Life Views From Webcomics 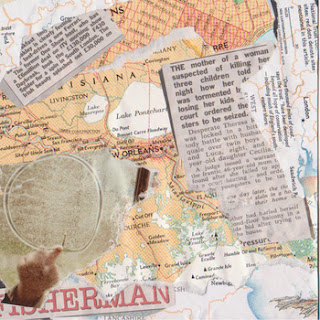 I Get My Life Views From Webcomics
Alone
Bandcamp
I Get My Life Views From Webcomics is a whole hell of a lot better than any band with a name that gawdawful stupid probably has any right to be. IGMLVFW (even that is a fucking mouthful) stride the irradiated wastes of nuked out white noise holocaust that is the current demesne of thedowngoing. Everything about Alone is rough and severely underproduced, but it works perfectly in context. The album sounds like it was recorded in that leaky, musty basement where Victorian families would stuff the more unsightly genetic deformations that warted up the family tree.
Webcomics come armed with hilariously involved song titles that take longer to read than to play. Titles like "I'd Name A Song After You But I'm A Little Scared To Do So" and "Wintermute Always Just Had Some Kinda Girly Superiority Complex" don't quite melt away into the Salvador Dali surrealism of The Locust, but that territory can certainly be seen from their rehearsal space. Despite the noise, their songs often have a playful edge to them as well, such as the skipping riff of “Smoke And Mirrors Has Never Been This Literal" or the scurrying “Tiny Ants Foraging For Forest Foods Aplenty" that match, if not up, the weirdness quotient.
The whole affairs ends with “Skramz Week,” nine minutes of largely inaudible studio banter buried under placid guitar strumming of the sort Ben Carr perfected with 5ive and The Theory of Abstract Light. The band spend much of “Skramz Week” in an extended digression about the art of hidden tracks at the end of albums and openly speculate whether anyone will bother sitting through any of this in the furtive hope that there’s actually a song buried in there somewhere (SPOILERS: not really). This is usually the kind of pointless fuckery that gives me the dry heaves, but I’ll give this one a pass because the whole thing is so hilariously meta I could see it popping up in the hover text of an XKCD comic one day. And there are much worse places to get your life views than from Randall Munroe.

[Full disclosure: The band sent me a download.]
Posted by Andrew Childers at 8:48 AM

Labels: alone, grindcore, i get my life views from webcomics, reviews

I could definitely see an emo-grind band calling themselves A Softer World. I would listen to a band that wrote lyrics about A Softer World comics.

Also, it's interesting to see the worlds of cyberpunk-referencing grindcore bands and sentence-long songtitles grindcore bands intersect. It's actually more pleasant than I thought it would be.

I also can't think of grindcore and webcomics without thinking of the time that Questionable Content referenced Pig Destroyer. Characters also have been known to wear Pig Destroyer, Converge and various prog/death metal band's shirts, depending on what Jeph is listening to.

and let's be serious, are you sure you really wanna date the pig destroyer chick? sporting my "trauma is sexy" pxdx shirt never seemed to get me much action from the ladies, i gotta say.

You'd be surprised how many girls I know who like Pig Destroyer, oddly enough.

Without a doubt the worst band name I've ever heard. "Life views"?

I'LL MAKE MY BAND NAME WHATEVER THE FUCK I WANT "RYAN PAGE" IF THAT IS YOUR REAL NAME.

sorry, dude. the consensus is that's just a really terrible band name. the music is fine but that name sounds like a fallout boy cover band.

Even if I made up my own name, it would still wipe the floor with "I Get My Life Views From Webcomics". But yes, you could have named your band whatever you want, and what you chose to name it sucked. My next comeback will be delivered via freestyle rap youtube link.

This is what happens when the Kool Keith show gets cancelled. But seriously, if you chose a name that dumb for your band and get upset when you get flack, well, I'm just going to assume that was a joke.

The early 00s are calling and they're calling you ...well you've pretty much set yourself up there.

Yeah I know haha, it was supposed to be a tongue in cheek reference to PFSC, which is a webcomic I like a lot.

Note to Ryan (and self): ALWAYS drink and post.