Five: Look Back in Anger 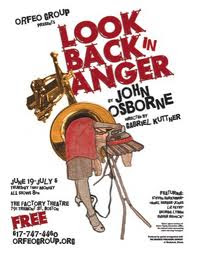 Five. Fucking. Years.
It blew my mind when I realized that the blog's fifth anniversary was rapidly approaching. Holy shit. Some days it feels like forever. Plenty of other days it just feels like I'm a clueless n00b flailing about with no direction or purpose. But somehow another blogaversary is upon me.
So once again, I have to thank every single one of you who had dropped by, read my maundering, left a comment, sent an email, answered an email or shared a kick ass album recommendation. I've been listening to grindcore (probably more than is healthy for a well-balanced person) for a hell of a long time now and for some reason I just don't get bored with it. Not a day goes by where I'm not listening to it, thinking about or jotting down notes for stories and ideas I want to develop later, interviews I want to do, trends I want to dissect.
I've met some truly amazing people, interviewed some personal inspirations and found a fascinating community of like-minded freaks over the last five years. So that's what you've given me even though I've written some absolute bullshit over the years. In honor of my fifth anniversary, here's the top five failures I slapped my name on. 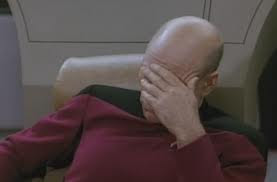 Hey let's start at practically the very beginning, my very first Grind in Rewind back in 2007. I'm not here to recant picking Pig Destroyer's Phantom Limb as album of the year (some of you hate it; I still really dig it). Nope, the facepalming failure comes further down the list where I round out the top five with Total Fucking Destruction, Sayyadina, Graf Orlock and ... The Locust. Yes, I like The Locust. I think they're completely underrated for how innovative they were. But 2007 was also the year Insect Warfare put out World Extermination, an undeniably kick ass album that I'm sure will be lauded as a genre classic with enough time.
Early on in my blogging career I fell into a pitiful trap: pointless contrarianism. I stuck The Locust on my best of list as a way of thumbing everyone else in the eye, but there's absolutely no way it should have been on the list lieu of Insect Warfare. Going against the grain doesn't mean you're an iconoclast. Sometimes it just means you're an idiot who's trying too hard. 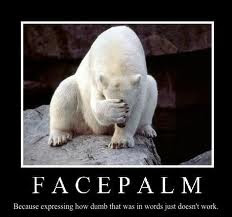 I wanted the first story I ever wrote for the blog, about grindcore's relationship with the military, to be the template for everything that came after. I wanted to move beyond album reviews and band interviews (while I see the value in both of those to provoke fascinating conversations) to strive for something deeper and more topical. I wanted to do more stories about ideas and trends than necessarily about bands and their latest record. Not every idea was successful. Which brings us to the underbaked failure that was my story about Latinos in grind. It was a decent enough idea that just never really gelled into something more profound than ... hey look at all these latinos who grind. The only good thing I can say about that story is that it introduced me to Jerry Flores of Excruciating Terror/Bloody Phoenix who is one of the coolest, most helpful people I've met in grind. Lo siento, senores. 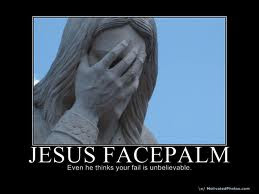 And then there was the pointless sexism in the lede of my Infect review. That was just unforgivable, unfunny and a total asshole move. I'm better than that. I swear. For all our blather about how progressive and accepting we claim punk and grind are, women still have to put up with enough bullshit without me piling on with sexist bullshit in a lame attempt to be funny. 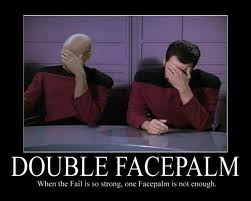 I've mentioned before that I suck ass when it comes to writing brutal reviews of shitty albums. It's actually something I've been consciously working on. I try to be more critical because everything can't be the most brutalest brutality that ever brutalized. Sometimes you have to point out that shit kinda sucks. But that was really hard for me at first. So I pulled punches on my reviews of albums like F.A.M., Confusion and Agenda of Swine (especially Agenda of Swine). I doubt I've listened to those three records a total of 10 times since I wrote my reviews. In fact, ever since then I've deliberately tried to slow down, spend a few weeks with an album before I even begin jotting down notes for a review so hopefully by then I can have some sense of how an album holds up to repeated listens rather than getting swept up in first impressions. 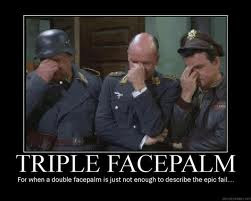 Hey, the halfbaked assholery isn't completely behind. Here I was indulging in it as recently as July.
Like I said before, I'm constantly jotting down ideas for posts. Some of them need months (occasionally, years) to marinate before they come to fruition. A lot of them radically change from my first conception as I develop them. And then there was How Low Can a Punk Get?, a post I banged out over a weekend about punk tropes that really bother me. That was definitely a post that could have spent quite a bit more time in the incubator. Case in point, Trey Azaghthoth's Quake III Clan schooling me on how I had completely misunderstood Black Flag's "White Minority," which is probably something I could have figured out with like half a second of fucking Googling. And obviously, I completely missed that lighthearted, humorous tone that I was shooting for.
Luckily, you guys and gals are the kind of readers that will push back against my poorly conceived bullshit and keep me honest. I appreciate you calling me out and putting me back in my place when I've completely lost the script.

So there it is. Five years. Five examples of completely public failure. Hopefully the next half decade goes more smoothly than the first, but I guarantee I'll probably be able to write the exact same post in another five years. I'll just go ahead and apologize now.
Posted by Andrew Childers at 8:23 AM

Labels: blogaversary, you sit in the penalty box for two minutes and you feel shame

Congratulations on 5 years of brilliancy, still the number one grind blog. As far back as I can remember your writing has been awesome, but like a fine wine its getting better with age!

Happy 5 years, you've reached a point few do, and without losing any of your blast beaten charm. I think I speak for all of us when I say that the other side of the coin would be nice to see too: highlights.

Your rants, specials, and longer winded posts stand out tremendously and I have tried to emulate this and feel that I've never come close. But with your retrospective - 5 years - I guess I have plenty to work on.

I guess you've realized you're wrong on nearly every disagreement we've had, and maybe it was the one about Night Sky Transform that sparked this.

Regardless, here's to another 5 years. Some books,a tour, a stand-up shtick and short-lived internet affair with some notorious e-celebrity. cheers.

I usually don't comment here but I've been reading and enjoying this site for a few years now. Congrats on the anniversary and hope we'll see five more years at the least!

Happy Half Decade! a constant source for comprehensive grind nourishment

Congratulations man!
This is definitely the most interesting grind related blog I've ever come across. I've been reading you for years and I'll continue reading for as long as you keep posting. Cheers!

well thank you all.


and strife is still wrong.

Dude, congrats on the five-spot!

Your streak of quality recommendations is intact after all this time and you are usually the first thing I open when my browser starts.

Congrats, dude. I like the failures feature; even with my limited output, there's some things I look back on and wonder, "Did I REALLY post that?" Thinking about all the dumb shit you've already said frees you up to say completely new dumb shit in years to come.

your try at doing not only review/interview but also topical subject is really worth it (even if every try was not so successful. but some were really good and interesting).

and the reviews are really good also and introduced me to some really cool bands.

so thanks for all that and
keep on grind & punish!!

Goddamn. I feel genuinely honored to be mentioned by name in this article. Finally a feeling of genuine accomplishment with my silly blog commenting alias.

But yeah, really, this blog is consistently very interesting and well-written, it's introduced me to a ton of great music and I hope you'll keep going for at least five more years! (and Phantom Limb rules just like every Pig Destroyer album, by the way.)