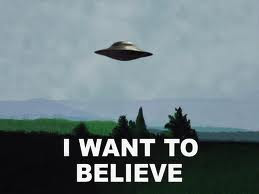 Physicist Enrico Fermi was a puzzled dude. The universe is a big place. (I mean, you just won't believe how vastly, hugely, mindbogglingly big it is. I mean, you may think it's a long way down the road to the chemist's, but that's just peanuts to space.) So with all that space out there and plenty of stuff filling it up, you would expect to be tripping over interstellar life every time you picked up your junk mail. And yet, humanity has not made a single alien friend. That incongruity is known as Fermi's Paradox. It's also quality grindcore fodder.

Sci-fi and grind go together like saucer visits and ass probings, so naturally Dephosphorus weren't the first to keep watching the sky. To celebrate the (pants-tighteningly awesome) news that Gigantic Brain's two year carbonite deep freeze is over (as a two piece now!), here's Virginia's greatest digi-alien-grinder giving his spin on "Fermi Paradox" from 2009's Betelgeuse EP.
Posted by Andrew Childers at 7:24 PM

Yes! Ohh I can't wait to hear the new Gigantic Brain, although having read your piece on soloists and what its like for them, I have to wonder if this new Gigantic Brain will share the same visionary weirdness and ambiance of the original, or be a very different creature.