Given that I have square-root-of-negative-1 musical talent my advice may count for little, but grind bands of the world please heed me. I ask two things of you: start your album strong and finish it strong. If you snap our neck from track one and leave us with a steel toed groin shot as a close, you’re about 75 percent of the way to writing a near-classic record. But far too often grind bands get pretentious and clever and decide to erase any good will they’ve earned with a record by trying to end with some “arty” closer that’s supposed to prove they have broader musical influences than humble grindcore. This is even more annoying than the “end with our really slow song” cliché. And since your fan base will generally skip it anyway, why don’t you?
If you’ll turn your reference books to the chapter labeled Discordance Axis you’ll learn how to do it properly. The Inalienable Dreamless’ “Castration Rite” has got to be one of the classic opening screeds. No build up, no bullshit; just grind. And yes, while Discordance Axis did give in to the “let’s write a really slow song” impulse with “Leaden Stride to Nowhere,” they were smart enough to make it the penultimate song rather than the closer. If sludge trudge wasn’t to your taste, they made sure the 40 second amuse-bouche “Drowned” ushered you from the table with a smile Mental exercise: imagine if “Leaden Stride to Nowhere” had actually closed the album: would it still be as effective?
So now that we know how to do it right, let’s learn from a few counter-examples. 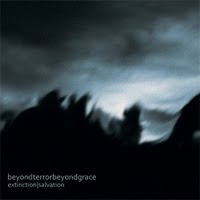 Beyond Terror Beyond Grace
Extinction/Salvation
Grindhead
2007
Just. Don’t.
Please, that’s all I’m asking: just don’t. Beyond Terror Beyond Grace are a talented force for swampy, sludgy grindcore, and they should stick to that. Whoever told them they should dabble in electronic pastiche should be bitten by the multifarious venomous atrocities that infest Australia and then fed to dingoes. With its several fake-out endings “022617” is like the M. Night Shyamalan of songs: convinced it’s far more clever than it really is and just a grating disappointment in general. It’s also my new measuring stick for really horrible endings.
Beyond Terror Beyond Grace – “022617” 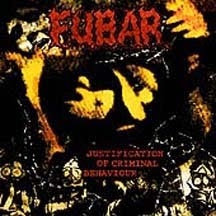 F.U.B.A.R.
Justification of Criminal Behaviour
Bones Brigade
2005
As Holland’s leading purveyors of power violence, F.U.B.A.R. can bring the noise. Somehow they were deceived into thinking they were the next J. Randall and larded the end of Justification of Criminal Behaviour with the empty calorie synth drone beat doom trifle “Fucked Up Beyond 7C.” Here’s a friendly word of advice: If I’m going to skip Man is the Bastard’s more annoying electronic excursions (and oh you better believe I do), then there’s no way in hell I’m gonna sit through five minutes of you fucking around with your Casio keyboard.
F.U.B.A.R. – “Fucked Up Beyond 7C” 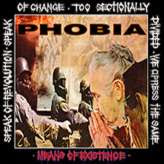 Phobia
Means of Existence
Slap-a-Ham (Reissued by Death Vomit)
1998
Sadly, not even some of my favorite bands and favorite albums are immune from the phenomenon. Phobia have built their much deserved reputation as an unrelenting blastbeat monster gnawing through everything in their path. But for some reason at the end of Means of Existence the band suddenly decided they wanted to be Godflesh. So we’re treated to “Ruined,” an interminable mash of piercing jammed radio skree, inaudible samples that, mercifully, eventually gives way to a serviceable but certainly unnecessary doom song. By then I’ve already lost interest.
Phobia – “Ruined” 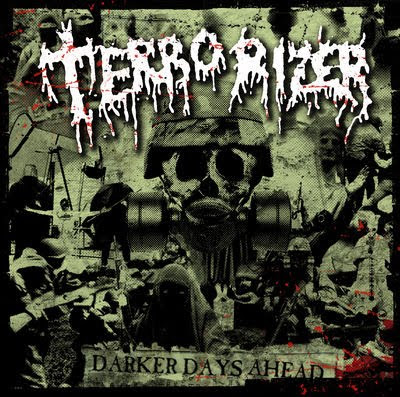 Terrorizer
Darker Days Ahead
Century Media
2006
This goes beyond merely asking why Darker Days Ahead needs to exist at all. Say what you will about Jesse Pintado’s half baked Terrorizer reunion, the crap sandwich aftertaste I get from this album rests squarely on the shoulders of Pete Sandoval. It’s courtesy of Commando we’re kissed off with a pointless piano and blastbeat amalgam that, though only 2:35, just seems like it will never end. If Sandoval was looking to evoke the interminable boredom of being stuck on a spectral locomotive that will never reach its destination, he’s succeeded. But as one of my favorite literature professors said of Kerouac’s drug-fueled, nonstop writing session for On the Road: Now you have to ask if it was worth the effort.
No.
Terrorizer – “Ghost Train”
Posted by Andrew Childers at 7:00 PM

I cannot condone radio friendly album closers. Phobia is guilty on Cruel as well, though you are on record as not enjoying that one as much.

What about "Grim Reaper" by Siege? You open with "Drop Dead" with that raging scream and then end with this seven minute pile of shit. Proof there is no god.

And you don't do drugs? I'm speechless.

when i listen to that i don't need drugs