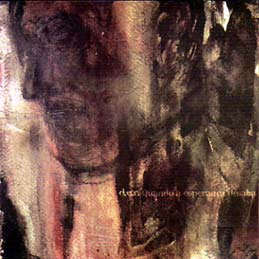 D.E.R.
Quando A Esperanca Desaba
Nerve Altar
If grindcore ever codified its equivalent of lofi black metal, Brazil’s D.E.R. would be running with wolves, standing backlit in foggy forests and generally trying to pretend the last 20 years of musical evolution just didn’t happen. Quando A Esperanca Desaba (roughly, When Hope Collapses) sounds like it was vomited forth from the bowels of Venom’s rehearsal space in Mantis’ mom’s basement somewhere back in 1977. Instead it’s being reissued on vinyl from 2008.
And for all I can tell D.E.R. (not to be confused with the derp) slapped the same song on this LP 16 times in a row, and I couldn’t give a shit if they did. D.E.R. are not a band overly concerned with niceties like dynamics, slow parts, vocals that are intelligibly human or making songs sound unique. They’re too busy grinding the shit outta your lower intestine to care. Every song starts in medias res and doesn’t end so much as just stop. A deep breath and it’s on to the next neck-cracker. The guitars are gristly knots of overdriven unintelligibility, the vocals indecipherable and the drums pound away, fighting not to be swept away by the noise.
Described like that, Quando A Esperanca Desaba sounds like a discordant mess (and to a certain extent it is), but there’s a spontaneity and intensity at work that shoves the music higher than it has any right to go. There are plenty of established grind bands that lack half the urgency these Brazilians are packing. Though it’s far from original or even acquainted with conventional definitions of well produced, D.E.R., in the immortal words of Gunnery Sergeant Hartman, have guts, and sometimes that’s enough.
[Full disclosure: Nerve Altar sent me a review copy.]
Posted by Andrew Childers at 8:06 PM

Holy shit, this group kicks ass. I gotta check 'em out. Thanks for the tip!

that's funny cuz i was digging around for background on them and i came across a post on aversionline where you commented on how dull they were. ha!

glad to see you come around.