This is Their Community: Showing Resistant Culture Reverence and Respect 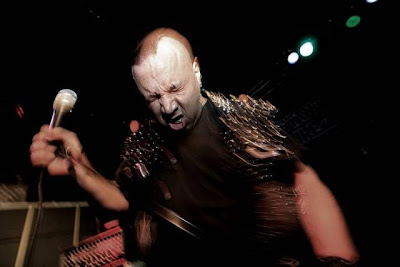 You can’t dip your metatarsals in the pool of punk and metal anymore without coming across someone blathering about how corporate rock really sucks. But for all the DIY posturing is it really any different? Basement origins aside, aren’t Century Media, Relapse and Earache just the corporate media model writ small? When your newest, professionally shot video was being introduced on MTV2 by Jamey Jasta, just how underground were you really?
However, the same digital demons that are flaying the professional recording industry alive have also democratized the means of production (if you want to be textbook Marxist about it) for bands, meaning going the DIY route is easier than ever.
In their nearly two decade existence trolling the seedy underside of Los Angeles’ punk and metal scene, Resistant Culture have picked up a trick or two about doing it themselves while honing their grinding crust and crusty grind. They run their own label to release their own records as part of their commitment to keeping everything in-house.
“We all come from DIY backgrounds and have a strong DIY ethic,” the band said (questions were answered collectively, they told me). “It goes back to the punk ethic of taking responsibility to make your dreams come true, whatever they may be. It also resonates with the modern multimedia technology landscape. Now that the tools exist, there's no excuse for a band that's passionate to share their music with the world not to take full advantage. We do our own recording, art, web development, e-commerce, booking, promotion, accounting, and we've developed partnerships with other indie labels for global distribution.”
Sounds like fun, right? Don’t forget the band slipped the word “responsibility” in there as well. That means nobody’s going to be able to blame label meddling if things go wrong either.
“Because we record ourselves, it can be hard to let the final mix go as you're always trying to keep tweaking the tracks to make them better, but the triumph is that by the time you're finally done, you're happy with the product,” they said.
What struck me recently during a Resistant Culture binge is just how damn positive th 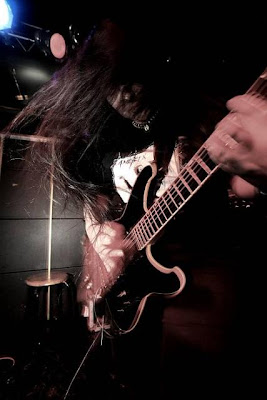 e band remains, particularly on All One Struggle, despite drawing on several centuries of European oppression of indigenous culture for lyrical inspiration. And while that’s certainly a focus, the band said, their vision is far more inclusive than you may first imagine.
“What shaped the vision for the album was the idea that all life in today's world is engaged in the struggle to survive,” according to Resistant Culture. “The illusion of separateness makes it easy for people to ignore the voices of different ethnicities, species, genders, etc., while at a deeper level of being, we're all connected and we all require the same clean air, food, water, etc. to survive on this Earth. Our intention is to promote the idea that in order to survive in this toxic world, we don't all have to become homogeneous and lose our identities and subscribe to a single ideology or carry the same flag, rather as Subcomandante Marcos said, we'd like to see 'a world where many worlds fit.' In other words, we can recognize and respect our differences, but work together when/where ever possible to create a better future. By recognizing that all struggles for liberation, autonomy, self-determination, justice, rights, etc. are one, we can foster an attitude of solidarity that will strengthen all movements.”
I’ll not deny my early interest in Resistant Culture was driven at least partly by Jesse Pintado’s participation post-Napalm Death. Whether as a guitarist on Welcome to Reality or drafting Resistant Culture’s Tony Rezhawk to front a reunited Terrorizer, Pintado — just by virtue of who he was — helped raise the band’s profile significantly.
“Jesse's style blended well with the direction of the band,” Resistant Culture said. “He was stoked to be doing some d-beat, crust, and punk mixed with brutal grindcore and metal. And of course, he added his signature style of guitar playing to the some of the songs. Unfortunately for the most part, all the work we did with Jesse including the live shows went unnoticed by the metal establishment, but for some reason all this is being unearthed now, which is a good thing.”
According to the band, Pintado also melded well with Resistant Culture’s unique take on indigenous issues that undergirds the grind.
“We also shared a spiritual bond as he was able to connect with and express his indigenous roots through the tribal aspects of the band. We actually got to talking about bringing him into RC at a traditional native bear dance ceremony. After playing a few gigs we actually did a tribal ‘unplugged’ set with him at an anti-war protest. It was awesome to bring the spirit of metal into the spirit of community and social/cultural consciousness. It was an honor to work with him, and he'll always be with us in spirit and heart.”
It's all one struggle. Reverence and respect.
Posted by Andrew Childers at 6:56 PM

was super stoked for all one struggle but it just couldnt stand up to stuff on welcome to reality. not a bad album buuut... ya

From when I first heard these guys, I wondered what kind of impact these guys would have on the huge number of aborigional metal heads in my city...I think they will be fucking HUGE in western Canada. These guys really need to do a Canadian tour...seriously.

I love that they have their own label. I plan on doing soMething like that with Cephalochromoscopè one day, too. Bands on big labels oughtn't really call themselves DIY. From pretty, pretty France, merci pour ze interview.

vengeance: but ya gotta admit that opening riff to "beneath the concrete" is pretty friggen sweet.

zmaj: bon jour, mon ami. is that like a serious thing or a pipe dream? cuz i'd buy anything you put out sight unseen (sound unheard?).

Awesome spotlight, defiantly gonna check them out. This whole summer I ahven't been able to keep myself from World Obliteration (an album I never really cared about).

Excited about this season, although I'ma be in Europe for a lot of it. Blues deserve something, Rangers are looking good this season. Don't know what the hell the habs were thinking; Halak was a lot of fun to watch post season.

Crost were awesome at MDF, super nice too.

You've got one of the most consistent blogs around Andrew, keep it up!

When I finally digest the recent flood of new stuff in my ears, these guys are next.

I checked some samples, though, and your streak seems safe.