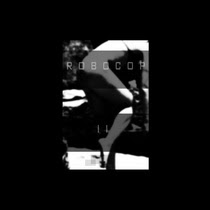 I eased myself on to the dusty vinyl seat, tipped back by the bowing of the floor. The steering column had reared forward six inches toward my chest. I lifted my nervous legs into the car and placed my feet on the rubber cleats of the pedals, which had been forced out of the engine compartment so that my knees were pressed against my chest. In front of me the instrument panel had been buckled inwards, cracking the clock and speedometer dials. Sitting here in this deformed cabin, filled with dust and damp carpeting, I tried to visualize myself at the moment of collision, the failure of the technical relationship between my own body, the assumptions of the skin, and the engineering structure which supported it.

There’s a benevolent psychopathology driving Robocop to obliterate that illusory, ephemeral boundary between Meat and Machine. The collision of the twin powers – violence and electronics – is a fertilizing and not a destructive event. It's all sex and car crashes and 90 second shots of intelligent, composed hardcore histrionics.
Anyone who flipped to Robocop’s demo will find II superficially familiar, but the songs have gone through additional destructive bodywork. You can run your fingers down the chassis of “I Hope All Your Friends Die” and “Feminism Uber Alles” and read the most recent dents, dings and abrasions the way a blind man reads Braille. “Feminism Uber Alles” has wrenched metal and fiberglass into something more Slayerly while the titanic cymbal crashes that collapsed “I Hope All Your Friends Die” have been left on the rust heap.
New songs like “Maine is the Bastard” clip a car battery to Man is the Bastard’s signature stomp jolting it into the next decade. The electronic interludes – including a channel changing stutter step wash leading up to a faithful rendition of Napalm Death’s “You Suffer” – are a perfect distillation of modern information overload society. Half heard bits of cinema dialogue are ripped from context, flashed along before you can orient them, get smashed by white noise and immediately discarded. Authorial intent is dead; nothing has inherent meaning. Even when it’s not as successful – the nearly eight minute “Aftermathematics” just doesn't have an emotional payoff – the point comes pounding through.
While the retro power violence style has blossomed in recent years, too many bands are content to simply rehash the ’90s. Robocop are the first nu-power violence (yeah, I hate that term too, but you know what I mean) band I’ve heard that’s made a legitimate case that the violent hardcore sound has a 21st Century future. This is the brave new world of hardcore.
Posted by Andrew Childers at 8:39 AM

It was a really well written album. Thanks Ryan.

oh and did i come close to teasing out some of the themes you intended or did i just bring my own ideas to the table?

Well certainly interpretation can be great, but in your case I thought it was a really accurate take on what we did. I enjoyed the extended metaphor of the crashed car.

cool. i hope i came close. i probably enjoyed this one more than most everything else i've heard lately.

can one cover 'you suffer' unfaithfully? it doesnt really seem like theres much you can alter with that recipe.

FUCK. Now I want to do an hour-long doom album of "You Suffer." The ultimate in deconstruction.

back off. i've previously discussed my plans for an epic drone doom version of you suffer. that shit is copyrighted.

but da troof, perhaps "conventional" would have been a better adjective.

But yeah, I am going to check this out today.

As long as I have shotgun on "Vatican Grind" then I am happy.

You guys are crazy I did a drone version of party in the USA a year and a half ago.. I mean... ummm...

Got my copy in the mail yesterday!

Thanks for throwing in the flyer and the sampler disc, very cool.

I dig your business card, too. /American Psycho

haha, thanks man. i'm glad you liked it. I'm starting to collect things I can throw in with the albums, but we're no vitriol yet.