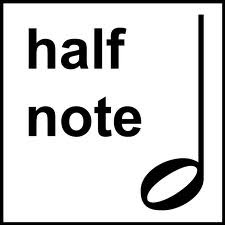 Here we are halfway through the alphabet and 250 bands deep into grindcore, power violence, fastcore, whatever else it is. This week you get treated to the triple M awesomeness of My Minds Mine (a personal favorite), the Japanese glory that is Mortalized as well as the pivotal stomp of Man is the Bastard (as well as the less pivotal cloning of Marion Barry). Macabre shares their treasured family recipes and Mule Skinner gets all up in that stank.
This is your letter M mixtape [Mediafire]:

Just saw I said Mind Eraser after you, sorry missed it.

it's the great massgrav v. massgrave faceoff. guess i forgot one. and nick, look again, mehkago is on there.

I thought about naming Mammoth Grinder, but meh.

Hello dudes the link is broken..
can you please re up

I got all of them except M!

I checked Napster, Soulseek AND Kazaa, and I couldn't find all the tracks.

Could you make the M comp. available again?

Much appreciation (for the comps and your tireless grindthusiasm).

the link is down¡¡¡ please re upload it¡¡
saludos de mexico