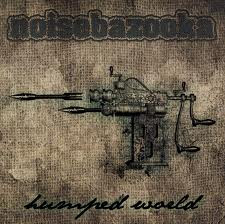 Noisebazooka
Humped World
Everyday Hate
Humped World sucks.
I'm sorry. There's just no nice way to say that. I can't really tiptoe around it. It's an excruciatingly bad album. I listened to it for weeks trying to find some redeeming quality to mitigate the crap aftertaste, but the tragic truth is Noisebazooka have created an album that is awful in just about every way a record can suck.
Humped World is less a bazooka of noise than it is grindcore vuvuzela: insistent, unrelenting and increasingly strident the longer it drags out. The Austrian twopiece's first mistake is shoving the generic and monotonous drum machine so far to the front of the mix. It smothers everything else going on with the album in a dense droning of unchanging mechanical beats. When you think about the insane effort and detail somebody like Scott Hull puts into his robotic drumming, it's almost insulting to hear something this amateurish. I don't know if drum machines come with a grindcore pre-set, but that's what Humped World sounds like. It's the most boring mechanical blastbeats churned out with at high velocity and with minimal variety.
The monotony of the drumming and the boring (if largely unintelligible) riffs and dull screaming only get more irritating as the 43 minute runtime just creeps on by. This album is just Way. Too. Fucking. Long. Maybe if they'd kept themselves to a five minute EP, Noisebazooka might have been tolerable but completely forgettable. But at 32 songs, each boring moment and musical mishap gets magnified as they are repeated and dragged out and proven to be intentional. Amateurishness can sometimes lend a wonderful, juvenile spontaneity to music, but more often than not amateurishness is just disappointing and embarrassing for everyone involved.
By the time Humped World farts itself out with 10 minutes of burbling noise nonsense (and you already know how I feel about that) in the shape of "Winterlandscapes," I've lost my capacity for outrage and disappointment. 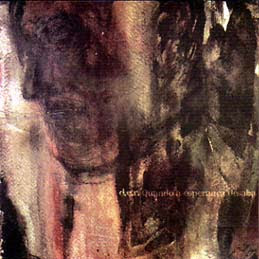 It must have really irked you as elongated negative feedback seems to be a rarity for G&P (which is a treat as I love when you get into it).

I thought the same thing, especially when Humped World came packaged with Sakatat's album and the good D.E.R album, a bit offensive to those two bands as well as the label.

yeah this was a rare album that brought out cranky andrew.