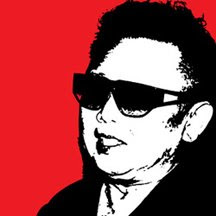 Capitalist Casualties/Hellnation
Split
Sound Pollution/Six Weeks
Iraq war, environmental degradation, government corruption. Blah, blah blah. We’ve heard it all so many fucking times before. But if you’re like me, and Mithras help you if you are, what you’ve really been dying to know is where Capitalist Casualties stands on fatal jellyfish attacks off Australia’s Great Barrier Reef. If so, “Irukandji, the best jellyfish-themed slice of pop culture since Kiyoshi Kurasawa’s Bright Future, should merit special attention, belying its placidly bobbing subject matter by cruising at great white speeds.
This is CapCas’ first new issue in nearly a decade and the power violence elder statesmen have lost nary a step from their fleet footed early days, turning in their best sounding effort ever on this split with Appalachian bangers Hellnation, who have also soldiered on in the finest fastcore style for the last 20 years despite changing tastes.
While both bands’ golden years date back to Bush Pere, the transition to the administration of Bush Fils has clearly posed no existential challenge for either outfit, ripping through Dubya’s legacy of bloodshed, dubious constitutional interpretations and religiosity in punk spats played at cocaine heartbeat speeds.
Both bands essentially – and ably – work the same style, no-time-for-subtlety shots of accelerated punk that repeatedly jab to the kidneys with no respite over 16 minutes and 21 songs. They’re like aging boxers who can still show the young guns how to wear an opponent down with a relentless flurry of jabs rather than trying to land one spectacular haymaker.
With all the retro love power violence seems to be getting this year, it’s awesome to see two of the style’s progenitors surf the crest of belated appreciation without any whiff of cash-in trend-hopping or cheap nostalgia.
Posted by Andrew Childers at 8:16 AM

I will always love 'em both.