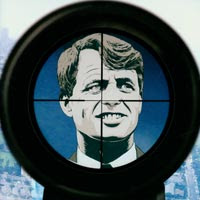 For years now a friend and I have been playing fantasy film league dream casting while meticulously plotting what we think would be the ultimate gangster/heist film. It’s an ideal lineup anchored by Harvey Keitel, James Woods, Christopher Walken, Joe Pantoliano and Steve Buscemi; Jean Reno would be paired with the arbiter of French cool Alain Delon; of course noble bloodshed staples Chow Yun-Fat and Andy Lau would have roles; ditto with the tripartite titans of Yakuza films Riki Takeuchi, Sho Aikawa and Takeshi Kitano. Alex Cox, David Cronenberg and Jim Jarmusch would all get cameos as stylized angels of body horror death. Forest Whitaker and Lawrence Fishbourne would both be sent to fat camp and whipped into shape for their roles. Michael Caine and Bob Hoskins would lord over the British contingent as Limey godfathers to new jacks such as Clive Owen and Thomas Hardy. And just to prove we can out-Tarantino Mr. Quentin in the resurrecting-under-appreciated-actors shtick, we’ve got a lovingly crafted role for Sy Richardson, who was pretty much the prototype for Sam Jackson during those bleak years between the death of Blaxploitation and the advent of Jules Winnfield.

That much we agree on. What I haven’t convinced him of just yet is hiring Graf Orlock to soundtrack it all, but I think the sweeping cinematics of Destination Time Today just may sway him. The conclusion to the Californian copylefters’ sample-swiping time travel revenge/assassination trilogy of grindular goodness. As always, the riffs are meaty and mean and the vocals are a pass the mic grab bag of ’80s and ’90s shooters and scifi dialogue (Terry Gilliam’s time travel paradox 12 Monkeys gets liberally quoted) repurposed and larded with nods to the film school drop outs’ favorite films. Sure it's not as grindy as its predecessors (like Star Wars, I think we can all agree the second installment was the finest) but it's a damn sight better than "Eye of the Tiger."

But befitting its place in the narrative when our cinematic hero would get all badass on a slew of ill-starred underlings or when our survivor girl would stop running and pick up an axe, Destination Time Today takes on a truly triumphant tone with “An Interest in Prosthetics,” the last song on the first side. It’s shot through with a blistering trumpet call riff that almost hearkens back to call in the infantry cowboy pictures of yore. Flip the platter and the B side starts with the deadly serious “Deluxe Mental Hospital Tour,” presaging the bullet riddled bloodbath that we all know is inevitable. Of course the crisis is averted, the hero gets the girl and the bad guy takes a well earned dirt nap for his efforts. Like the films on which Graf Orlock have based their career, it’s not the destination that counts – whether it’s tomorrow, yesterday or today – it’s the journey that’s important. I’ve already booked my tickets for wherever Graf Orlock care to venture next because this is sure fire Oscar contender this year.

Posted by Andrew Childers at 6:45 PM

Agreed, I would watch any movie with Graf Orlock on the soundtrack. And I do mean ANY movie.

great then my partner and i would also like to talk to you about our zombie epic. we plan to cut the opening montage to wire's "reuters."

we have seriously spent too much time thinking about this.

Don't forget De Niro. The bank robbery in Heat made that flick. And what about the Guy Ritchie crew?

deniro is too obvious and guy ritchie can die in a fire. i've never seen one of his films that takashi miike hadn't already done better and 10 years earlier. the japanese are the undisputed kings of over the top gangster films. though the koreans are rapidly catching up.

Found a pressure point, did I? Excellent...

if you really wanna piss me off start raving about how great boondock saints is.