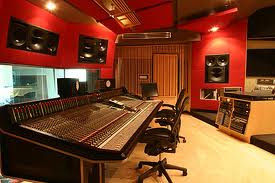 A good grindcore album is the nexus of two parallel and occasionally competing characteristics. Great songs get you halfway there, but if they don’t have that energetic audio pop, you’re left with a mediocre experience. It’s that interaction between great songs and that abrasive, punky production that makes the greatest grind albums: think of that explosive jolt you get from Abuse, Horrified, or The Inalienable Dreamless.
I think more than any member of metal’s extended family, grindcore lives and dies by its production values (or deliberate lack thereof). Even more so than trve kvlk black metal’s refusal to cave in to niceties like listener’s enjoyment. Given that grind albums are often two or three dozen songs that barely crack a minute each, keeping that emotional energy coming is a must. An album of average songs with a great production is a perfectly acceptable guilty pleasure; an album full of good songs hampered by half-assed production just feels lacking.
In fact, I own a whole stack of albums that I enjoy despite their often wearying, enervated production job. Not surprisingly, Today is the Day’s Steve Austin gets production credit for a statistically significant portion of them. They range from simply being disappointing, The Parallax View’s thin, demo-worthy sound on Destruction of Property; the reedy, hollow guitars that mar Ablach’s Aon, through the outright unlistenable, Joe Pesci’s sonic abomination of At Our Expense! or Converge’s nigh unlistenable When Forever Comes Crashing. Each album sports perfectly acceptable, sometimes extremely enjoyable songs that are weighed down by their horrid production like a Lamborghini towing a horse trailer.
Sometimes I wonder what kind of power they would have conveyed had they sounded better (in Joe Pesci’s case, the band apparently will send you a better mix of At Our Expense! if you just ask). To a lot of bands’ thinking, the album only exists to put butts in the pit they next time they play Waukegan and then hopefully sell enough to pay for gas to Cheboygan. If that’s the case, then recorded music, particularly in this era of digital cornucopia and media overload, should be the best advertisement for your band possible. Chances are you’re not going to get a second chance to snare people’s attention.
Here’s a sampler of some of the unloved and weeded out articles in my collection that fell just short of sonic brilliance. Enjoy.

Where do you draw the line between intelligibility and enjoyability and can they be easily demarcated?

Poor Steve Austin. It's totally bizarre because he's really perched between total embarrassment and some of the most interesting music of the last 20 years. I really don't know what to think.

There are two albums I think benefited from his weird production. First, I'd have to disagree on the converge record (although obviously Jane Doe was really incredible production), I think it worked for those songs. Secondly I think the record he produced for lamb of god was improved because it sounds like a TITD record with death metal screams, rather than pantera with death metal screams.

what i don't get is how the sounds that work so well for titd sound so god awful for other bands the only decent outside job i think he's done is the first early graves record.

the only other album i can think of that has great songs, but is marred by half-ass production has to be ND's FETO. The overall low mix of guitars,drums takes away some of the intensity :(. Just my opinion. I'm more of a Scum, Utopia Banished guy.

Honestly, as much as I love FETO, it's hard to listen to it after the Peel Sessions.

i feel the same way about diatribes after hearing them do the bbc session without mitch harris and just destroy "greed killing" live. it's an amazing set.

though entirely un-grind, steve austin's work with bongzilla really put their sound where it should be

good article, and points fair made. I myself prefer stuff to sound slightly more raw, and can tolerate some pretty high levels of bad production (not excusin the production on our last cd mind you haha)

The problem in our (pesci) case was always cash, or more importantly the lack of cash, to not only pay for a decent recording session and mastering, but also for good equipment to use for the recording in the first place. So unless someone invents a way of recording good sounding grind for less than 100 quid..your kinda stuck to an extent. And of the bands mentioned above that ive heard of, id say cash would be the main issue.