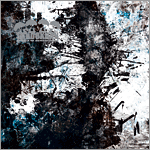 Sandokhan/Krupskaya
Split
7 Degrees
I’m sure we all had the same argument with our friends as kids: Who would win in a fight, Batman or Superman. While I’m aware of arguments in favor of that Kryptonian fuck, those people are filthy liars and they’re not really your friends. Tell them to go read Hush and The Dark Knight Returns and then kindly shut the fuck up and never tax your brain cells with their stupidity ever again.
This split, available on a 12-inch from 7 Degrees Records, makes you ponder who would win in another fight: legendary Jamaican gangster Sandokhan, who was eventually gunned down by the cops, or Lenin’s wife Krupskaya, a scrappy political infighter whose turn-ons include libraries and education and whose turn-offs include Trotsky.
Let me spare you the trouble: it’s Sandokhan, whose 13 songs are far more poised and composed than Krupskaya’s 11 reedy offerings.
Sandokhan are guttural and grisly; the songs have a movement and flow like sharks queuing up for a feeding frenzy. Think Phobia’s more recent, better offerings; it’s not that strong but the focus is there. The drums are nice and natural, riding comfortably in the mix and the inexorable blasting is aimed squarely at your forehead, a burrowing brain worm of screaming rage and exploding energy.
Krupskaya are a good band undone by a bad mix. The sharp, pinging snare drum and distracting bass drum dominate the mix to the detriment of the songs. Additionally, the screeching vocals – think Dani Filth gone grind – can also be a bit grating. But if you’re into acceleration for its own sake, Krupskaya won’t disappoint.
Meanwhile, I’m wondering who would win in a Mother Theresa meets Gandhi smackdown.

[Full disclosure: The 7 Degrees sent me a download.]
Posted by Andrew Childers at 7:15 PM

A while back Krupskaya put out a fantastic record called 'Clouds over Pripyat', which is definitely worth tracking down. It's a concept album about the fallout from Chernobyl. Gruelling stuff, but great. Looking forward to hearing this split.

gandhi hands down [on his guns].

mother theresa was one mean fighting bitch. don't count her out.

That is the smartest thing I've ever heard anyone say about anything.