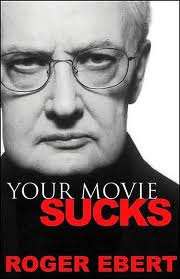 According to a story by Larry Carroll of MTV News, Rob Schneider took offense when Patrick Goldstein of the Los Angeles Times listed this year's Best Picture Nominees and wrote that they were "ignored, unloved and turned down flat by most of the same studios that ... bankroll hundreds of sequels, including a follow-up to 'Deuce Bigalow: Male Gigolo,' a film that was sadly overlooked at Oscar time because apparently nobody had the foresight to invent a category for Best Running Penis Joke Delivered by a Third-Rate Comic."
Schneider retaliated by attacking Goldstein in full-page ads in Daily Variety and the Hollywood Reporter. In an open letter to Goldstein, Schneider wrote: "Well, Mr. Goldstein, I decided to do some research to find out what awards you have won. I went online and found that you have won nothing. Absolutely nothing. No journalistic awards of any kind ... Maybe you didn't win a Pulitzer Prize because they haven't invented a category for Best Third-Rate, Unfunny Pompous Reporter Who's Never Been Acknowledged by His Peers."
[Snip…]
But Schneider is correct, and Patrick Goldstein has not yet won a Pulitzer Prize. … As chance would have it, I have won the Pulitzer Prize, and so I am qualified. Speaking in my official capacity as a Pulitzer Prize winner, Mr. Schneider, your movie sucks.

I suck at writing shitty reviews. I just don’t have it in me for whatever reason. I hate doing it. My enthusiasm for grindcore always gets in the way. Maybe it’s because I, too, lack a Pulitzer (but I do possess a closet full of other, lesser journalism awards, if I may brag), but I also don’t think having hardware is necessarily a prerequisite for cultural criticism as Rob Schneider would aver.
And while that is one of the great smackdowns in cinematic criticism, what’s always struck me most about Ebert’s writing is that he’d much rather discuss what he loves about film then be bogged down dissecting disposable Hollywood tripe. Consider his recent evisceration of the new Conan movie. Ebert seems bored, exasperated to have to waste time and pixels critiquing a film that he knows will be forgotten within a fortnight of its release. You can practically hear the audible sighs as he counts out the minutes being wasted. Compare that to the loving, luxuriant tribute to Ingmar Bergman’s classic Through a Glass Darkly. Given something positive to linger over, Ebert gushes over every nuance of a wonderful cinematic experience. His enthusiasm is palpable in his writing.
I’ve previously bloviated about how Ebert’s writing has been an inspiration to me over the years, and this is another instance where I can relate to his perspective. I absolutely hate trashing somebody’s album. I’m terrible at it. It's probably lingering anxiety because I'm not a cultural producer. Rather, I'm a cultural parasite who draws from someone else's creativity for inspiration. Maybe that's why I’m just not good at being an asshole even though, if you were to meet me off the web, there’s a good chance I’d come off as an asshole.
I’m still flattered and astounded people actually care enough about my opinion that they ask me to check out their music or bother reading me at all, and I hate having to rip music apart knowing somebody, somewhere has invested so much of themselves in their art. It’s actually uncomfortable for me to give something a bad review. It causes me a lot of anxiety when I post something negative. I tend to put off writing about those albums, hoping some time later I might be able to find some redeeming quality that will mitigate my distaste.
When I find something that engages me, I get excited. I want to talk to other people about it. I want to hold it up to the light and study the sparkling of all of its facets. I want to peek inside its cranium to figure out how it performs its magic. When the time comes to write, the words are just there. It’s effortless, ideas flow, an organizing conceit comes easily. When I write about bad albums, I may as well be cracking rocks on a chain gang for all the enjoyment it gives me. It’s a labor, not a pleasure. I enjoy nothing more than nerding out with others who share my enthusiasm, endlessly dissecting our favorite artists, albums, songs, riffs, drum fills. That’s far more fun than squatting over a laptop to drop a deuce on somebody’s well meaning but amateurish album.
I really love grindcore (I’ve used “blastbeat” as a network password at the office, ferfuckssake). I know the internet is infested with anonymous assholes who feel free to shit on everything (*cough* Lambgoat message boards *cough*), but I’d much rather spend my time connecting with other people over something that genuinely moves me than ripping down someone else’s hard work. Unless it’s Rob Schneider. That guy fucking sucks.

Posted by Andrew Childers at 8:39 PM

You rule. That is all.

I empathize with the way you feel, although some times its pleasurable to see a band get taken down. iwrestledabearonce is a great example of a band I would have no problem insulting to their face. Then again, its kind of a false release (as much as shane mehling is fun to read, it gets sad once you realize the parasitic relationship you're developing with bad music).

Anyway, I swear I had a point when I started this, but its far away now...Carry on.

great piece, although I still feel douchebag rockstar types deserve to be taken down a notch, I mostly agree that focusing on tearing down someones specific effort is just a plain waste of time.

Now I have to see Through a Glass Darkly :)

i've been binging on bergman films lately, so if i've convinced one person to go watch his stuff, my work here is done.

I loved Hour of the Wolf; only Bergman I've seen.

That said, it's easier to complain then give constructive/positive feedback. I think the critical provides a necessary role as it seems many mainstream media outlets review stuff as a favor. I remebr as a kid reading gaming mags and they gave positive reviews to completely mediocre and mind numbing crap.

hour of the wolf is one of my favorites by him too. if you like that i'd recommend persona, seventh seal, virgin spring (aka last house on the left), or through a glass darkly. all have very similar vibes. especially persona.

criticism is key. explaining what sucks and why is helpful to up-and-comers. whereas past masters who drop a deuce on our ear drums deserve excoriation.

reminds me of ezra pound. guy was a shit poet, any way you read him. but he was the most knowledgeable and encouraging critic from the 20th century. for every flaw he found he instructed on how to improve it, gave relevant examples of who had overcome the same adversity and was loaded with anecdotes. (just don't go overboard and start reading stendhal and wyndham lewis...)

I think well-reasoned, well-structured negative criticism is just as important as positive criticism meeting the same criteria. A critic should give enough information that, regardless of the positive or negative slant of the criticism, a reader can start to form his or her own opinion of the piece of art in question independent from the reviewer's own. That is, whether a "good" or "bad" piece of art by your view (but this is more important for "bad," since unless you're a dick, it is more difficult to be negatively critical)try not to dwell on how you feel personally about a piece, but what it does, the mechanics of the piece itself. Opinion will be invariably involved, but it can be relegated to such a small portion of the review that it won't read as an entire article condemning or praising a piece. [Did that make sense? I hope so. It's almost 6 am and I just beat the original Secret of Monkey Island, so I have my fingers crossed that some portion of my brain is still functioning.] I struggle with writing negative criticism as well, but it's something that I'm making a point to improve upon, especially for albums that I particularly like.

i agree with you all that negative criticism is absolute vital. i was just acknowledging that's my weakness. i'm a guy with boundless enthusiasm who is happy to chatter endlessly about great stuff. constructively criticizing what isn't working is much harder for me. it's something i'm still struggling with and trying to improve.

I feel you Andrew. I also feel bad tearing apart a dude/band that takes the time to read my blog and send me an e-mail or CD or whatever. But they asked for our opinion/criticism/whatever. Yeah we should let them down easy, but sometimes people deserve what's said about them.
I don't have much relevant info to add to this, just that sometimes telling someone their band sucks will give them more impetus to make something amazing. It's just so hard to not be overly dickish about it. And sometimes people are REAL good at being dickish(me).

Positive criticism in a way which guides the band in question on how to improve would be the best negative review, however given the subjective nature of music and the personal heavy orientation of reviewing music, it puts it in a paradox of pulling what you want out the band not the scene at large. However if a band is looking for exposure then negative criticism is still a god send, just observe Amy Winehouse/Jade Goody, people may hate you, but at least they will give you a listen.