This Comp Got Killed (By Fascists?) 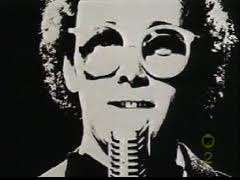 I have it on pretty good authority that the radio star was murdered by video, and now it seems the internet is about to deal the same fate to the humble grind and punk compilation album. Grindcore and its slumming power violence cousin in their prime gave us the multi-volume Cry Now, Cry Later collections, Earache’s awesome (and slightly misleadingly named) Grindcrusher, the Japanese Grind Bastards series and the infamous Bllleeeeaaauuurrrrggaaah! collective. Thanks to file sharing and digital downloads, album sales have taken an $8 billion plummet over the last decade, so it shouldn’t be a surprise that the compilation’s days are numbered. 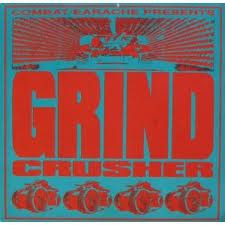 There was a time when the comp made sense, back when it just wasn’t economical for small bands to either shell out for a whole album’s worth of recording time with no name recognition to guarantee sales and when consumers just didn’t have the cash to buy unknown albums willy nilly. Hence, the comp. They were great for what they were at the time and many of the aforementioned gave boost to genre defining artists and became classics in their own right. (I still have my first pressing of Grindcrusher that I liberated in the name of the people from the college radio station. But it’s more nostalgia object that essential listening experience these days. 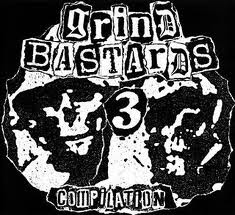 There have been attempts to revitalize the let’s-get-a-bunch-of-bands-together-and-make-an-album spirit of the classics, most notably Scott Hull and Relapse’s This Comp Kills Fascists series. While I’ve given them kind reviews and spotted a handful of exciting new bands that way, the part of me that recognizes the musical landscape has shifted with the force of an East Coast earthquake (OK, probably shifted more significantly than that) wants to know: what’s the point? 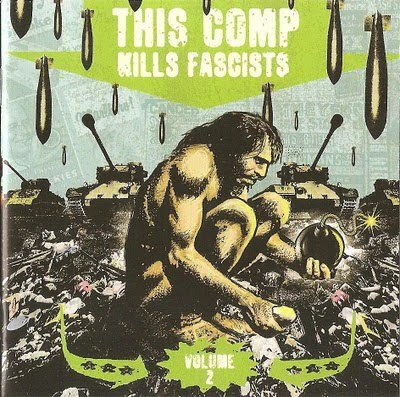 You just as easily could have posted up a link to a bunch of Myspace and Facebook pages on Relapse’s home page and accomplished just as much. The easy streaming offerings of the internet make the compilation superfluous when it comes to hunting down new music. And I don't have to drive to a mall or camp out by a mailbox to enjoy it. Probably more people would have explored the bands that way than those who bothered to actually buy the physical album. It seems like an anachronism in the age when bands can just as easily sell, stream or give away their music via a plethora of web avenues. I’m at a loss. I have no real insights to offer here. I just wanted to pause to pay tribute to moment that I recognize is lost but probably doesn't mean much to digital natives.
Does the humble compilation really have a future or is Relapse simply pressing a vanity item for obsessive record collector nerds to fetishize? And if the comp as we know it is history, what comes next?

Posted by Andrew Childers at 7:13 PM

I loved compilations when i was first getting into punk, hardcore, metal in the early 2000's. They were cheaper than a full cd of a single band and introduced me to some of my favorite artists. I think the future of the compilation album is going to reside on the internet for free. Most of the classic grind comps you mentioned can be found on numerous blogs; which in my opinion feeds the interest and exposure of these (sometimes) old and obscure bands. The only drawback is no one is profiting: except for grind itself.

i like the yearly tolivealie comps - a collection of good tracks from various bands released by the label. all the bands have material, so if you like what you hear you can actually follow up with splits and full-lengths.

that is what pisses me off about comps: you like a band, you track them down, and they have 5 songs, 3 of which were on the comp. fucking lame.

Never really liked compilations. Its a format which has been far too often abused by record labels, distributors and magazines to try and sell crap which they probably don't even like themselves.

In my opinion, the internet has spawned a much healthier variation of the compilation format, namely the digital mix tape, which is often made by fans and artists with a real knowledge of the music they are compiling. A good example might be Fenriz's Trapped Under Vice compilation, which is definitely one of my favourite compilations of all time.

Excuse me, Mr. Childers, but are you high? Comps are still essential in underground, DIY scenes like the grind scene we love so much as well as hardcore, crust, PV, punk and the other niche, sub genres. Not only are they still being physically produced(praises to Merlin) but tons of digital ones pop up all the time that aren't Grindcore Karaoke like profile. I just saw a call for a UK grind comp on a DIY radio station blog and our Blogosphere friends are putting them out too (Grinding Aftermath, etc.)
A crucial comp you didn't mention is the Reality series by Deep Six and the multiple 625 Thrash comps(the El Guapo comp, Murderous Grind comp,Possessed To Skate series, the Barbaric Thrash series) . I have some other favourites that are region based like the California Thrash Demolition comp. I could talk for hours on awesome comps labels have done like the old school Victory comps.

I had read awhile ago that the major factor for the music industry's decline was not illegal downloading, but rather legal downloading. People have stopped buying albums and instead buy singles off iTunes for a dollar. Of course, that kind of mainstream consumerism shouldn't affect the stuff we're talking about here. I also read, that the only positive in the music industry is the sales of vinyl; so maybe there is hope.

You're right as I have never sought out an old comp, but I have bought some of the Clone series as well as the first This Comp....

All of that said, I still love compilations and have discovered a lot of new bands. The trick for the bands/labels is to offer exclusive tracks rather than just putting on tracks we, as avid fans, already have.


That's my .89 cents anyway. Thanks for making me think this morning Andrew.

Well, i've been into metal for years and my tastes have gradually got more extreme. But i've only been into grind for a few years and This Comp Kills... is partly responsible for that! It got me into a load of new bands and gave me a great little snapshot of what was out there at the time. Anyway, I spose what i'm trying to say is that there are loads of potential new converts out there (like me at that time) and these comps work... (as well as kill...)

Here is one possible stance, which I think I believe:

2)Digital mix tapes are coming into their own as something meaninful (see Invisible Oranges recent mixes on Black Metal, Death Metal or Cryogenic Husk blog).

3) Comp Kills Fascists should really be considered a 17-way split.

I think we'd all agree what we're really lamenting here is the death of the physical, label-produced compilation as a viable form rather than the death of the compilation itself. As I've been saying for years since all of this "death of the music industry" business started, nothing's dying, it's just changing. We no longer need compilations with 20 songs that we can all get on other releases, because we can check out bands through online profiles or Youtube videos. That's a good thing. This is more a case of burning off the chaff; free mixtapes/compilations are bigger than ever now (free comps especially through Bandcamp), and compilations that offer new material, like This Comp (which should scrap cd altogether and just sell through digital and vinyl) still work, as long as they continue following the tried-and-true formula of giving you some of the old, some of the new, and all songs you've never heard before.

That post-felix guy brings up a great point, most 3+ band splits can be considered comps and vice versa.

i think even in a digital world the comp is dead. i grew up with comps and i remember them fondly, but i'll also acknowledge that most times it was two or three good songs and bands and a whole lotta meh.

i think in a post-physical media world, you're not competing for dollars like they used to. now it's a competition for attention and it seems like promoting yourself may make more sense than trying to stand out in a crowd.

so many different types of people. i, for one, refuse to hit myspace, bandcamp, etc. to me it is a waste of time as the songs are rarely from the same release (production variations, mising variations, etc) so there is little to no continuity.

comps are great in this respect. obscene extreme, tolivealie, playfastordont - the list goes on. great way to learn about newer, raw bands. comps are far from dead - you guys sound like elitists :)

i wouldn't say elitists, but things are changing (it's neither good nor bad, just different) so it doesn't hurt to stop and think over what it may mean and send off a bygone era.

Don't forget that this exists http://relapserecords.bandcamp.com/