The Namesake Series: "I Abstain" 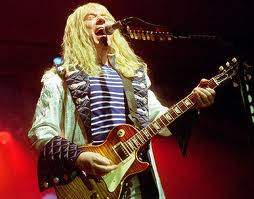 To keep himself occupied during those tedious tour bus rides (when the keyboardist wasn't playing video games, at least), David St. Hubbins of Spinal Tap fame subscribed to the Namesake series of cassettes. The hook was that a celebrity would read the works of some author with the same last name (though why Dr. J was reading the works of Washington Irving remains a mystery).
More than just a throwaway gag during the credits of a 30 year old flick, the notion of namesakes really resonates with me. When you come from a general musical world that revolves around hate, misery, death and pain, it shouldn't be a surprise when two different bands strike at the same image or idea. It's a pretty limited pool you're working with. Nonetheless, I'm always intrigued to see two divergent groups of musicians reach the same point from different directions.
Case in point, in a three year span both Napalm Death and Converge hit upon songs titled "I Abstain." I can't see any other correlation between the two bands and two songs other than that they both decided on the same phrase at about the same time. One doesn't seem to be a reference to the other, as far as I can tell. Intriguingly, both bands slotted it as the second track on their albums
First out the gate in 1992 was Napalm Death with Utopia Banished. After a pointless bit of noisy/industrial folderol, Napalm get their death on with "I Abstain."

Short of my personal favorite, "Dementia Access," I'd say "I Abstain" pretty much typifies both the album and Napalm Death's better post-Mick Harris output. With the only consistent presence and principle songwriter on their first thee full lengths defenestrated, guitarists Mitch Harris and Jesse Pintado shook off the deathly (but respectable nonetheless) rust of Harmony Corruption and started penning pretty much the kinds of songs you'd expect from the guys who anchored Righteous Pigs and Terrorizer, respectively. Just ignore that run from Fear, Emptiness, Despair through Words From the Exit Wound and dive back in with Enemy of the Music Business and the continuity seems to make more sense.
Two years later sickly talented Massholes Converge were lighting the fuse on a hardcore powder keg with their debut Halo in a Haystack (conveniently collected on Caring and Killing with bonus goodies for those of you who don't want to spend a rent check on a piece of hardcore trivia). There at track two is old faithful, "I Abstain."

The plodding menace of the song's deliberative tread is about as anti-grind as you can get short of going all drone doom on our asses. But from the start, "I Abstain" flashed the poise, creativity and pure technical chops that would define Converge, especially once they encountered a young lady who will forever be known as Jane Doe.
Two very different bands within the space of three years write songs with identical titles. So who owns it best? Don't ask me. I abstain.
Posted by Andrew Childers at 6:55 PM

Also, did anyone send you a Cloud Rat/Oily Menace/Wolbachia split to review? If not, I will.

yep. got it from cloud rat. i'm hoping to get it up in the next two weeks.

Outside of DIY music, there is:

and the wildcard...
Fight For Your Right to Party
and Public Enemy came back with

Party For Your Right To Fight!

ok. i may have to do the diamond head/blondie one. i can tell you right now which one i think is better (and it's not the one you think)

In the song "The Saddest Day" Converge totally rip off a Napalm Death riff from "Siege of Power".

converge have another one with a bass riff that sounds exactly like maiden's "rime of the ancient mariner" too. i forget the name right now.