As the world's leading purveyors of emo-grind, of course Discordance Axis had to have the obligatory songs pissing and moaning about how girls just don't like them. The better to make their mascara artfully run down their faces. So Chang poured out his diary into "Loveless." While he may dispute the emo-grind tag (and I love to bring it up because I'm a troll at heart), Chang and Co. were not shy about getting in touch with their sensitive sides -- provided that sensitive side got sliced open by razor-honed grind nastiness. 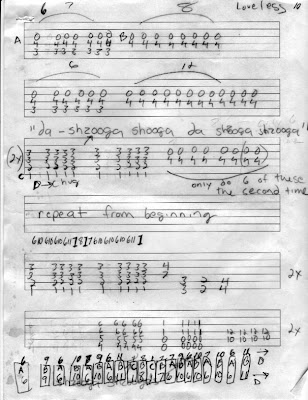 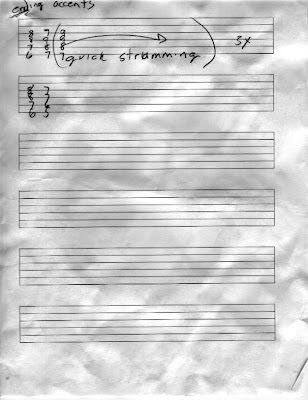 Posted by Andrew Childers at 8:30 PM

Emo grind, is it not a given? Reminds me of "emotional hardcore". Languid language!

Just kidding; I could get behind emo grind. It's a fair description. [I know your feelings on this one, but(!) see also: Swarrrm]

i always thought in/humanity's emo-violence was a cool idea. i just bring it up to troll jon because i know he doesn't agree with it.

You can't pin emo, screamo, floor punching moshery or any other of that cheese on us. Well you can...but...man I won't act like it doesn't leave a mark.