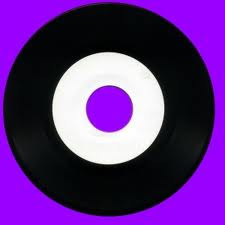 Some bands don't even get the benefit of a single full length to make their mark on grindcore. Instead, they have to prove their chops in the space of a single EP. The time constraints inherent in the format seem perfectly suited to melting out the fat, forcing bands to focus on their finest, strongest material. If your band's 7-inch drags in spots, you've got bigger problems. But the bands below needed nothing more than that to stake their claim to grindcore glory. 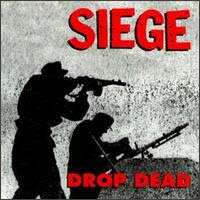 SiegeDrop DeadDeranged (Re-release) 1984
Siege only had nine songs and 16 minutes of material to their credit (and half of that was the saxophone-heavy freak out of "Grim Reaper") but that's all the Boston band needed to lay the cornerstone of what would become grindcore. Siege pushed the tempos of hardcore to nigh-blastbeat territory on Drop Dead and their flailing brand of thrashed out punk is an undeniable influence on Napalm Death's Scum, side A in particular. Everything that would later be associated with grindcore can be spotted on Drop Dead: thrashing drums, tonsil-scraping screaming and punk on speed guitars. Unfortunately, the band would drop dead shortly after recording their demo, but the legacy was just getting started. 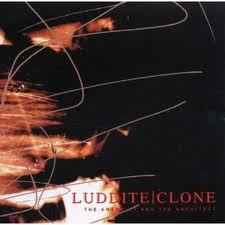 Luddite CloneThe Arsonist and the ArchitectRelapse/Cyberdine 2432000
Coming out of the same New Jersey scene that brought us Human Remains and Burnt by the Sun, Luddite Clone played a shifty brand of hardcore, grind and metal on EP The Arsonist and the Architect. The band's collected works would include a split with Burnt by the Sun and a live split with the hardcore band The Esoteric, but it was their solo six song EP that made their reputation as a tech savvy band with a penchant for ear virus riffs and jazz complexity. Even though it was later re-released by Relapse, The Arsonist and the Architect, out of print again, is a quietly impressive slab of noise that's never quite gotten the respect it desperately deserves.

King GeneratorKing GeneratorTankcrimes2008
If a second collaboration between Dave Witte and Mike Hill doesn't excite you (Witte subbed in on drums for Anodyne's Red Was Her Favorite Color, and tossed in a rare guitar performancee for good measur), then you're reading the wrong goddamn blog. Throw in Jamie Thomson of Shank and you've got a recipe for an asskicking hardcore experience. King Generator gave us seven awesome punk/grind songs as part of one-off collaboration in 2008. There's probably nothing here that you haven't heard before, but in the hands of three punk masters, King Generator bring it with the kind of confidence and panache that a lot of their younger challengers lack. 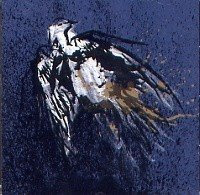 Hope CollapseYear of the LeperInkblot Records2005
Yet another Dave Witte one-off, this time he reunited with Carlos Ramirez and Andrew Orlando of Black Army Jacket to form Hope Collapse. The band banged out an EP of top shelf grind inspired by the likes of Terrorizer, Assuck, Repulsion, Siege, S.O.B, who all get namechecked in the liner notes. For the names involved and quality of musicianship at play, Year of the Leper has been criminally overlooked by too many people in their target demographic. From the start of first true song "Cold Steel Penetrates You Flesh," which is just as piercing as it sounds, the band rages like a post-millennial version of Assuck. They don't let up until the last notes of "Leper Convention" fade into oblivion. More than any other EP on this list, Hope Collapse deserves a sequel. 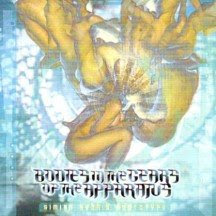 Bodies in the Gears of the ApparatusSimian Hybrid PrototypeThe Spew2004
Florida grind mouthful Bodies in the Gears of the Apparatus' discography is essentially Simian Hybrid Prototype and a split with Despised Icon, but that's all it took to notch their mark on grindcore. From the Scott Hull production through the Paul Romano art, Simian Hybrid Prototype is a nasty, unnerving nugget of subversive grind that tries to shock like Anal Cunt with a college diploma rather than a handful of homophobic insults or what Agoraphobic Nosebleed used to be before they fell for their own shtick. Either way, the band wasn't able to keep it together beyond one EP and the split. Members went on to Khann and Success Will Write Apocalypse Across the Sky, but neither of those outfits have been able to capture the spark of Bodies in the Gears of the Apparatus.

Posted by Andrew Childers at 7:34 PM

Tank running dry Andrew? =P or too busy watching your blues cram it down the West's throat?

pfffft bring on the kings. blues fans are having happy flashbacks for a change.

i'm just kinda bummed i have this work thing during game one.