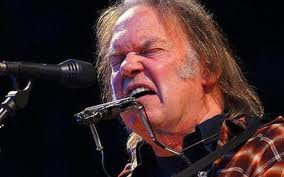 Neil Young once said it's "better to burn out than to fade away." I don't know how seriously to take that considering the geriatric fuck never took his own advice. (Kurt Cobain did, though.) That said, there's something intriguing about bands that drop one immaculate album and then choose not to risk their legacy with a second long player (Terrorizer, I'm looking at you). Yes, most of the bands on this list released additional EPs, splits and demo material, but for the most part their fame is built on a single, perfect album.

RepulsionHorrifiedNecrosis Records (reissued by Relapse)1986
When you think one album grindcore wonder, Repulsion should be the first name that leaps to the forefront of your mind. The Michigan band midwifed grindcore with its sole full length album, Horrified. It's a perfect album: Slayer thrash pushed to the logical limits of extremity, horror film ambiance mixed with a punk-like disdain for the pretty and precise. Twenty-six years later bands are still shamelessly cloning Horrified's zombie aesthetic and graveyard foetor, and Repulsion, enlisting a few new spare parts, are still touring in support of their landmark album and they are more popular than ever before. With all that going for them, a second album would just be overkill. 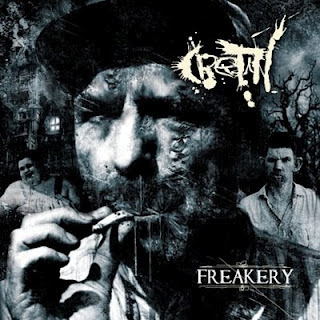 CretinFreakeryRelapse2006
Cretin have made no secret of their love for Repulsion (you may have noticed both Freakery and Horrified end on the word "fuck") and both bands are riding a single great album. It took goddess of grotesque Marissa Martinez and her helper monkeys 14 years to release their first album and the trio has been pretty quiet since then. (Granted, Martinez has had a few notable life adjustments during that period.) But even if they never release another album (or take another 14 years for a sequel), Freakery will stand as a modern grindcore masterpiece, the distillation of Tod Browning's Freaks in audio form. The album is a celebration of the oddities, abnormalities and curiosities that make life exciting. 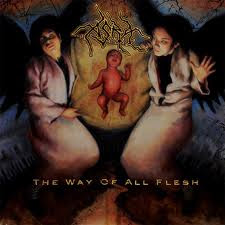 ASRAThe Way of All FleshBlack Box2008
ASRA came and went in a flash, almost as quickly as the ridiculous daycare satanic panic that inspired the New York band's name. In their wake they left behind a single grisly, deathy album of scabies-raw grind in The Way of All Flesh. While the spirit was willing, the flesh was weak and ASRA called it quits shortly after dropping their lone longplayer, but it should be enough to warrant a well deserved asterisk on the list of unsung grindcore heroes. ASRA may not have burst into the mass consciousness the way contemporaries like Insect Warfare did, but The Way of All Flesh is an album whose reputation I could see growing with time. 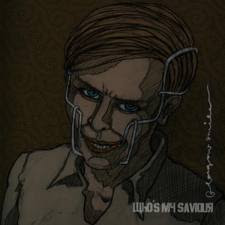 Who's My Saviour?Glasgow SmilePower It Up2007
There is a metric shit-ton of bands out there who released one album and then faded away into well deserved obscurity. But Who's My Saviour? made a bid for certified overlooked gem status with 2007's Glasgow Smile. Featuring members of Cyness and Wojczech, the German band combined genetic strains from their parent collectives to birth something new and unique. Glasgow Smile reveled in a sense of dynamism and artistry rarely seen in grindcore (at least until the advent of Dephosphorus). Who's My Saviour? mix up the grindcore playbook, toying with tempos and atmosphere to create a compelling and, ultimately listenable, grindcore whatsis experience. 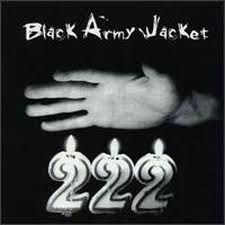 Black Army Jacket222Chainsaw Safety1998
Black Army Jacket recorded enough various splits and EPs to stock their hefty discography collection Closed Casket, but the New York power violence purveyors only had one full length album to their credit, 222, which features what may be drumming ubermensch Dave Witte's only known vocal credit in his lengthy recording career ("When I Can't See You Are You There?"). Everything that made power violence/grind/hardcore/thrash/whatever great gets a workout on 222. Pit stirring chugs, blastbeaten brawling and various vocal cord scrapings were lashed together to form the backbone of Black Army Jacket's wrong coast power violence experiment. One album was all they needed to establish themselves. 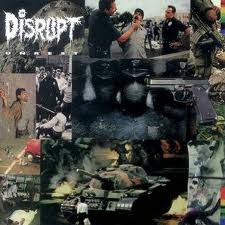 DisruptUnrestRelapse1994
In true early -'90s punk fashion, Boston just-short-of-grind-hardcore band Disrupt recorded enough splits and EPs to fill two CDs when Relapse reissued the band's back catalog a few years ago. While all those various odds and bits are worth seeking out, the band's legacy really rests on punk masterpiece Unrest. Featuring three different vocalists, including the incomparable and, unfortunately, underutilized Alyssa Murry, Disrupt spit and snarled their way through 20 tracks of blastbeaten rage and urban angst. "Religion is a Fraud," in particular, is one of the greatest hardcore songs ever written and Murry was at her screaming finest. Feminism, animal rights, religion, war and poverty are pretty common punk and grind topics, but few have screamed about them with the passion of Disrupt. 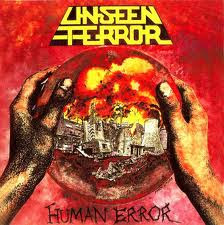 Unseen TerrorHuman ErrorEarache1987
Realistically, what was the shelf life of Garfield grind? Even if Shane Embury hadn't moved on to Napalm Death, Unseen Terror, which also featured Mitch Dickenson of Heresy and occasional vocal contributions from Mick Harris, probably didn't have more than one album in them. But that album was a doozy. Human Error is an early grind landmark, particularly the buzzing bumblebee guitar, which legend has it greatly influenced the sounds of Swedish death metal. And unlike inspiration Garfield, Unseen Terror knew when to hang up the cleats and call it a day. After the 20 tracks that comprise Human Error, Unseen Terror only demoed another six songs. Though they've threatened to reunite several times since, thankfully they've left their legacy to rest to date. Just ask Bill Murray what past-its-prime Garfield can do to an otherwise successful career.

Posted by Andrew Childers at 10:14 AM

doh. my maths, they failed me. thanks for catching that.

A lot for me to check out, especially Cretin and Who's My Saviour. My only knowledge of Cretin was seeing Repulsion at MDF with some chick on stage and everyone going "Who's the chick with the huge cans?" Later did everyone realize who that "chick" was...

if you like repulsion you're pretty much guaranteed to get some enjoyment out of cretin. pure horrified worship.

Ohh, I love this sort of post(s). I've run out of brain, though.

Um, I really liked that ASRA album, perhaps because I'm usually disinterested in "new old-school grind", if we could even call it that. Like rotting meat turning all fresh on me.

Awesome post,only band I can add to this list would be Spoonful of Vicodin, who to my limited knowledge have one real full length (which is basically a discography release of their 7" tracks) Bursts of Rage at the Speed of Hate.

God I love Unrest and Horrified. And Neil Young, no matter how old the bastard gets.Yeah, most of his new material sucks, but who else is going to make ambient old man music like this? http://www.youtube.com/watch?v=pVnGf_8-S24

once domestic prison starts, you immediately want to tear your living room apart....alyssa murray's vocals on "a life's a life" are so awesome and pissed.....has she done anything else?

not that i know of wet. she was fucking amazing but apparently she wasn't even a full blown member of the band. just some chick they knew who kinda dropped out of sight after. it's a shame because her voice is fucking sick.

nothing's more crusty than disgusting female vocals. Check out Misanthropic I believe they only had an ep titled Open Up and Take Your Bullet. super crusty midtempo hardcore(?)But you're right, Unrest's a gem with or without the vocals, but with them it's a fucking diamond.

Who's my saviour's Glasgow smile cant be found as a download on any blog!That sucks!The album is great.Them,Dephosphorus and Wake are in at the top of the grindcore scale!

aye, a lot of the share sites have been ko'd. I for one prefer to hear the album before i buy it. if we could start some kind of collective i'd be more than happy to contribute if not even create it. Im sure between andrew and zmj there's a million things i'd like.

anyway, i have started to check out the newer grindcore bands as of late, and have been reading this blog a lot lately to help me sort of catch up. after assuck then discordance axis broke up, i sort of lost interest with all the new crop of bands that were coming out. then i heard gridlink, wormrot and insect warfare a few months ago.

some one album wonders that come to mind:
mule skinner - abuse
force - s/t

oh yeah. totally forgot muleskinner. that's a kickass album. flesh parade doesn't do much for me, but muleskinner rules.

How about his hero is gone?

another band that come to mind that put out one album that i thought was really really good, jenny piccolo - information battle to denounce the genocide 12".
they did a few splits and a 7", but they never released another album.