Blast(beat) From the Past: Creation is Crucifixion 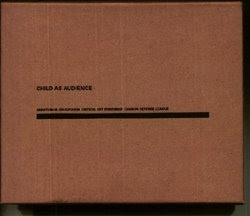 Creation is Crucifixion
Child As Audience
Self-Released
2001
Billed as the nexus “where technology and anarchy fuck,” shadowy hactivists Creation is Crucifixion were the agents provocateur of the early Willotip/ Pittsburgh grind/death scene and this completely unorthodox, self-released bit of agitprop was their apex.
Combining the kind of techno-libertarianism you’d expect from an issue of Wired with a scathing arsenal of unhinged grindcore and circuitry patterned guitar riffs that unscrew the control panels of your mind for a little creative rewiring of the sort that would make Boston Mooninites proud.
Unfortunately, you’ll have to skip the pedantic spoken word bits by the Critical Art Ensemble unless droning postmodern political lectures on autonomy and alienation are your thing, but the three actual songs on this all around impressive release are some of Creation is Crucifixion’s finest work. “Micro-Consuming Machines” is practically operatic in its arc, a sprawling three minute fit of midtempo skronk riffs that give way urgent, unhinged blasts at the end. Final song “Game Boy’s” stutter step drums and circular saw guitars are like a May Day parade march for the impending proletarian robot revolution.
Meanwhile the entire package, featuring a hefty booklet in several languages that shows you step by step how to hack old Gameboy cartridges to install software teaching children the joys of sex and masturbation, beautifully encapsulates CIC’s twisted, subversive M.O.
And if anybody out there has a copy of In_Silico on any format they’re willing to part with, hook a brother up.
Posted by Andrew Childers at 7:42 PM

Labels: blastbeat from the past, child as audience, creation is crucifixion, grindcore, technical metal, united states

It's great to finally see this album get some attention. As I recall, it was virtually ignored at the time of its release.

I'm getting rid of most of my CDs (at least those I have vinyl versions of), so if you'd like In_Silico or Automota on CD, hit me up at xveganmilitantx[at]hotmail[dot]com.

Terribly underrated band. Way ahead of their time, too. All hailz!