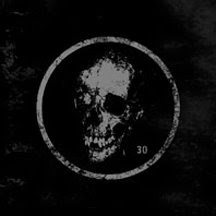 Exit Wounds
Exit Wounds
No Escape
If this whole grindcore thing doesn’t work out, Poland’s Exit Wounds have a bright future working as historical interpreters at any number of battlefield museums.
Their thirty song full length debut is a guided tour of the nascent 21st Century’s already impressive legacy of carnage, conflict and chaos. But rather than Bolt Thrower’s romanticized tales of armies bravely charging into the breach once more, Exit Wounds’ shell cratered landscape is littered with spent brass casings, still steaming warm in the morning chill, and splinters of bone and flecks of gore.
A pressganged platoon of Rotten Sound’s rampant misanthropy, early Nasum hooks (grok the impressive solo on “Hand of the Dictator”) and Retaliation’s fascination with picking apart the human form via modern technology, Exit Wounds search and destroy the metal landscape with cheerily titled songs like “Bombs at the Horizon,” “Rifle Tattooed Temple” and “Annihilated by the Flamethrower.”
To say Exit Wounds are grind traditionalists is no insult. Screams pass by guttural growls while the band eviscerates songs like they’re wired up to some musical version of the Speed bus and will collectively detonate if they drop below 200 bpm (though that kind of sonic terrorism is probably pretty appealing given their jaundiced outlook), cramming 30 songs, including Haymaker and Retaliation covers, into 23 minutes. Exit Wounds may not break new ground but they’re more than happy to landmine the old and laugh as civilization wanders in and sends severed limbs flying.
I slept the band’s debut EP, 17 Wounds of Exit, but you can bet I’m sifting war zone shrapnel looking for that unexploded grenade now.
Posted by Andrew Childers at 9:17 PM