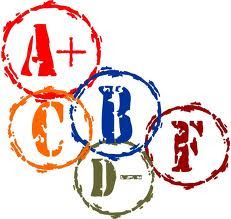 Seven weeks in and more than a quarter of the way into the alphabet, G will be for grades. I want to hear from you how this little project is working or not. Have you discovered any new gems? Or are many of these bands lesser known for a good reason? What have been the major oversights? Who has surprised you? Drop a comment and discuss amongst yourselves.
Otherwise, here’s your letter G mixtape [Mediafire].

this project has given me something to look forward to at the end of every week! i have found tons of awesome new bands that i otherwise wouldn't have. bands like Afgrund, CSSO and Flourishing i am ashamed to admit i had never heard of before but now i can put that shame behind me and GRRIIIIIIIIIINNNNNNNNNDDDD!!!!!

thank you for being a beacon of noisy, ruthless hope in an otherwise desolate world

Definitely keep it up! I am certainly finding bands that I've never heard before. I'm always looking for new music and this has been a great weekly intro into some awesome stuff. Thank you.

I am ashamed to admit, i haven't listened to any of these mixtapes yet BUT I have studiously downloaded them all so far, and have tucked them away to digest at a later date. I'm sure they will be great.

What with all the free music Mr Randall is giving away at the mo, and all the other great recommendations on this site and Grind to Death, I am SOOOOOO spoilt for choice music-wise at the moment!!!!

Gotta second that "Definitely keep it up!" Grind owes you (many more blastbeats).

i'm not gonna stop. just curious if anybody is getting out of this. just gotta stop and check every so often. plus it's always interesting to hear from you guys who i left off.

researching this, i gotta say my two surprises were creative waste from saudi arabia of all places and Forgardur Helvetis. who new viking grind was a thing. and so good.

gate and gride. high on the short list of best-bands-no-on-talks-about. hope you throw in some 'insane assholes' next week.