Steelers: Willowtip and the Pittsburgh Four (+1) 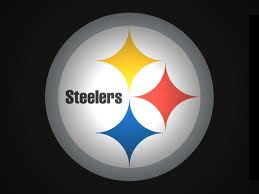 There was something brewing in Pittsburgh in the late 1990s and into the start of this century, and it wasn’t the city’s fondness for pisswater beer. There was a surly, bruising breed of death/grind monstrosities that packed all of the wallop of the burnt out industrial burg’s vaunted Steel Curtain defensive line. I went to college a couple hours outside of the city at the time and much of my metallic worldview was formed during shows at the dearly departed Club Laga. I can’t remember ever seeing any of these bands there, but by the late ’90s their names were already circulating through the pits.
Pittsburgh deathgrind, centered on the up and coming Willowtip label, was an incestuous tumult of bands and musicians who set out to make ugly, forward thinking music that compares favorably to the Phoenix scene of the same era. The insularity and spirit of collaboration that dominated at the time ensured the best ideas had been put through a proving process that fired away the dross, leaving only a core that was as grim and hardened as the steel mill shift workers.
The bands, following the trail of forerunners such as Human Remains and hometown heroes Hideous Mangleus, were not slaves to the traditional death metal ruts so many other bands churned at the time. This was music that was often ahead of its time, and you can draw a direct line to subsequent artists such as Luddite Clone, Noisear and Maruta. In the process these are also the bands that help establish one of the finest labels supporting great music today. 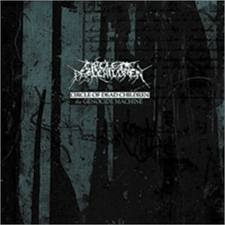 Circle of Dead Children
The Genocide Machine
Willowtip
2001
Circle of Dead Children were and are Pittsburgh’s nexus. They’re the last man standing and best exemplars of the city’s deathgrind ugliness and 2003’s The Genocide Machine was their apotheosis. This is a grim, grisly feral album that doesn’t wallow in so much as celebrate humanity’s impending, self-inflicted doom. It's all the more surprising considering the meh-diocrity of their prior full length, Starving the Vultures. The coal-blackened guitars churn up the kind of slag-laden sludge you can only find along the coal barges docked along the Allegheny and Monongahela rivers. The drums are the pounding of a steel foundry cranking out the girders that built a nation while Joe Harvarth is the living voice of the clock-punching shift worker who stopped short of going full Travis Bickle on his neighbors' asses for another day.
Circle of Dead Children are the apex predator of Pittsburgh’s musical underbelly because they have proven infinitely adaptable. As contemporary bands dissolved, members were systematically absorbed into CODC in a process of constant musical transfusion that has kept them hunting and vital. 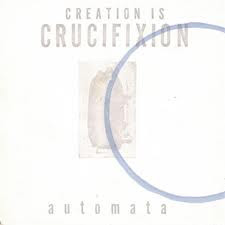 Creation is Crucifixion
Automata
Willowtip
1999
A full decade before either Anonymous or Lulz Sec decided to shred residual notions of online security in the name of drollery or trollery or some ideological point they have yet to articulate, Creation is Crucifixion were passionate proponents of the hacktivist lifestyle. Their music was just as visionary and may only be finding its moment today. First full length Automata found the band blending stolen samples, audio experiments and their own roiling cyborg ant colony riffing with a lyrical obsession with subverting the consumerist impulse and bending technology to their own techno-anarchic ends. CiC were grappling with the intersection of humanity and the digital culture long before it became fashionable. The music was just as visionary. Churning maelstrom blastbeasts backline suffocating waves of silicon-sharp guitars that squeal and skronk like protesting machinery. Whey Skynet goes sentient, Creation is Crucifixion will be the fitting soundtrack as the bombs start dropping. Like the band boasted, this is where technology and anarchy fuck. 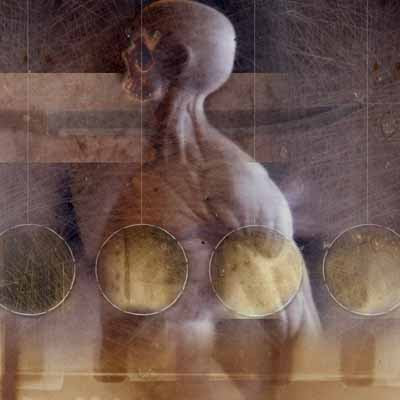 Fate of Icarus
Cut Your Throat Before They Do
Willowtip
2000
From humble beginnings as a rather straightforward death metal band with grindcore inflections, the short lived Fate of Icarus developed a unique, slurring riff style for the underrated Cut Your Throat Before They Do. Fate of Icarus stood as the pivot between Circle of Dead Children, whose throat monster Joe Hovarth chipped in mic work on some early tracks (collected on Suffocate the Angels), and the parallel dimensions being inhabited by Creation is Crucifixion, with which the band shared guitarists Ryan Unks and Adam MacGregor. (Bonus points: The band also boasted links to Pittsburgh crossover goofs Crucial Unit as well.) Fate of Icarus’ protein-laden death was interwoven with roiling maggots of guitar histrionics that gave the Cut Your Throat its prickly texture. Songs roar along at just sub-blastbeat tempos, placing the burden on the other instruments to carry the musical load. This is pissed off swarm of hornets (dressed in the black and yellow, natch) with iron wings and a truly bad attitude. 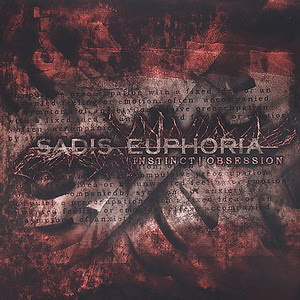 Sadis Euphoria
Instinct/Obsession
Willowtip
2003
While Sadis Euphoria’s lumbering, traditional death metal lurk may have positioned them as the Lenny to their contemporaries’ more ambitious George, their gurgled take on Cannibal Corpse by way of some grind influences slouched and snarled with the best of them. Sadis Euphoria were Pittsburgh’s anchor to traditional death metal with a focus on slab-sided riffs and shotgunned drumming. Everything is propulsive and concussive, dropping like a dirty bomb at the city core with timely farting bass breakdowns and vocals churned up straight from the duodenum. Though Sadis Euphoria never seemed to find their foothold among the death metal hordes, drummer Mike Bartek and one-time Sadis bassist Drew Haritan both suited up for CODC’s Zero Comfort Margin, carrying their band’s musical tradition forward.


Bonus Beating From Across the Border: 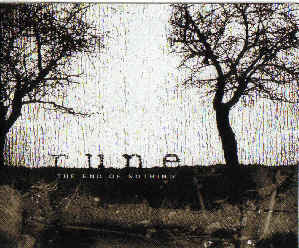 Rune
The End of Nothing
Willowtip
2003
Dayton, Ohio’s Rune were birthed 255 miles too far to the west to truly count as a Pittsburgh band, but if we’re charting the rise of Willotip’s early core, they have to be included. After an early EP of traditional deathgrind murder and a split with New York’s Kalibas, Rune migrated to Willowtip for their farewell mindfuck The End of Nothing. This is a protean band that showed a different face with ever release. Here, their doomed out death is what Neurosis songs would sound like as played by Morbid Angel. Everything is groaning and miserable, flecked with emotive, evocative riffs and swirl like poorly vented smokestack choking the neighborhood with toxic emissions. The End of Nothing sounded like absolutely nothing anybody was doing at the time – or today for that matter. It’s doom death that keeps the focus squarely on the death part, knowing when to drop in a timely blast to keep things from wallowing too deep in the mire. Sadly, the band evaporated like mist in a dreary forest shortly after the album was released. Members moved on to bands like Kenoma and Mouth of the Architect, but they never recaptured the thunder the way they did on The End of Nothing.
Posted by Andrew Childers at 7:55 AM

Fuck I love Crucial Unit.
And CoDC. First few times I heard them it was like getting punched in the face.

I need to break into CoDC. I've enjoyed individual songs of theirs, but never sat down with a whole album.

Rune, though, I can't get into. I've got that album, but something about it just doesn't work for me. The mix is odd, and not in a cool way, the drums sound sort of disconnected from everything else.

A bigger obstacle for me, though, is that I don't really find the thematically miserable all that appealing in metal anymore.

bill, i think you'd like fate of icarus, but if you haven't yet, definitely check out CiC. i think that would be right up your alley. it's who's my saviour to the nth degree. it's just crazy ass music.

Great article. you totally left out Commit Suicide though!!!

i remember instinct/obsession. that was another 'mastered by scott hull' project iirc.

on the side topic, i definitely liked earthly cleansing more than synthetics. either way, commit suicide were a fun ride.

i never got into commit suicide, but they probably were worth a mention. gravity blaaaaaaaaaaaaaaast.

i debated putting kalibas in there with rune as well.

I remember being intrigued by your write-up of the Rune EP, and while I was never able to track down that release, I did find the full length, which has become one of my favorite death metal releases ever. Thanks for the tip off!

Synthetics by Commit Suicide is my favorite album that WT has ever put out, and one of my favorite albums of all time. It takes a couple listens to digest it though. Human Larvae is a bit more straight forward, so I can see why people would dig that one more. You should probably give CS a second listen, Andrew. p.s. Did you dislike "forward into regression" that much that you didn't want to review it? lol

forward into regression has fucking eluded me for months. willowtip used to send me stuff for review but now they've switched up to a digital stream system that crashes my browser and gives me millions of virus warnings. i've tried to order it twice only to have it be out of stock each time and the one store in the area that does metal so far hasn't stocked it. hell, i was crushing in narcosis earlier today. so yeah, i wanna get to that one but my luck just hasn't been in lately.

that is completely unacceptable. im not as ape-shit about the album now as i was a month ago, but it's still five-star material.

it's become my great white whale of the year. but i may have a new inside track so hopefully i can tackle it soon.

Man, how 'd I miss RUNE? I am listening to their album now and totally digging it at first listen. Thanks for the tip!

Great respect for CiC. Ridiculously ahead of their time. I had to try extremely hard and insist on them, but did, in the end manage to grasp the concept and appreciate what they were doing, at the time it was happening. Utterly mindblowing material.

Also, kudos for using the word "apotheosis" in relation to CoDC.